In human body, protein carries out all the biological activities, including breathing, moving, thinking, immune reaction, and every activity you can imagine. Theoretically, all proteins can be expressed under the instruction of mRNA in vitro transcripted for disease treatment. IVT mRNA is very sensitive to degradation by nucleases, which limits its suitability for transfections and therapeutic applications. The poly(A)-tail and the cap structure contribute to the stability of the mRNA. The 5’- and 3’-UTRs include specific regulatory sequences that are necessary to modulate the stability and translation of the mRNA.

Incorporate mCAP, ARCA, Cap One capping into the transcript to increase translation efficiency.

Degrade the DNA template after mRNA synthesis with DNase.

Remove the 5’ triphosphates at the end of the mRNA with phosphatase to further reduce innate immune responses in mammalian cells.

Employ a robust clean-up spin column system and HPLC purification that delivers high yields of mRNAs that are ready for most downstream applications. 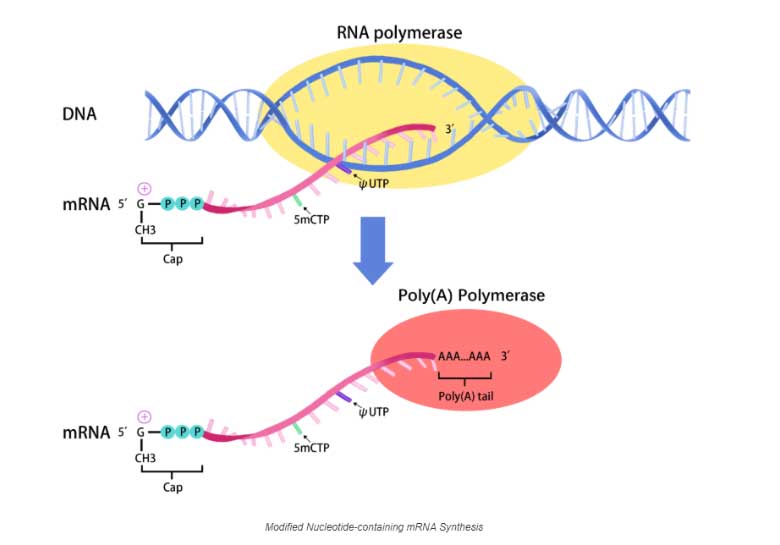